As most of you will know I was lucky enough to have the opportunity to head to the Werner Schlager Academy in Schwechat, Austria for the World Hopes Week training camp and competition. I was present as the coach for New Zealand which had qualified two players through Oceania (Yang Lun Zhao and Hui-Ling Vong). This is my chance to share more about how the week went from a more personal point of view, how one week can make such a big impact on a player/coach.

The Werner Schlager Academy is an amazing venue and despite having an ITTF Hotspot centre with 20 tables in Auckland where I live, I was still blown away with the sheer professional setup of the academy. Pair this 25 table, air conditioned training palace with it's perfectly sprung red floors, with a staff of amazing coaches the likes of Richard Prause, Dirk Wagner, Mario Amizic, Tamara Boros, Aya Umemura, Mikael Habesohn, Dmitry Levenko and Provas Mondal accompanied by the direction of the man himself Werner Schlager, the Chinese experience of Li Xiaodong along with ITTF Coach Jarek Kolodziejczyk and Development Director Mikael Andersson and his dedicated crew.

The training camp ran for 4 days, there was a lot to be learned on my part, not merely by observation but on being able to weave among the tables in the playing area to watch the players (particularly my own) and at times interact with the coaches to get feedback. Also the ITTF had organised workshops for the coaches which covered a wide range of topics, all very interesting and a big part of the overall experience of the trip.

Of course all the seminars were great, particularly enjoyed Schlager's and Kolodziejczyck's. On the second day I had a unique opportunity. Each coach had the chance to be 'paired' with a coach in order to observe their coaching analysis and approach with the kids. By chance I was standing with Werner once the morning session had begun, just having a chat. Richard Prause walked up and I took the chance to remind him who I was and that I had interviewed him last year. Richard was kind enough to respond by telling my to stick to Werner for the next hour, ask him any questions I wanted and use the chance to learn as much as I could.

Having this opportunity to see the analysing power of a world champion and leading coach, along with the attention to small details and mechanics was an opportunity I will not soon forget. Werner then went on to do a service demonstration for the kids which was good fun and I took the chance to get some photos during that. What you should know above all is that during this week, although it was my first time meeting Werner in person, he was truly humble and approachable.

I had another unique opportunity later during the training camp, Li Xiaodong is one of China's most reputable coaches and he did a multiball demonstration. Little did I know that the list I had added my name to earlier entitled Li Xiaodong Multiball was not in fact an opportunity for one of my players to have a session with him, but actually me feeding a multiball session for the kids while the Chinese coach looked on and gave feedback on my performance. I was one of 12 coaches lucky to have this experience.


Up close and personal, Li Xiaodong demonstrates to show me a detail he outlines.

It was a superb opportunity for any coach to get feedback from such a figure in table tennis. I think one of the things that really stood out among anything was the passion from the kids. These kids all have talent, they all work hard and have the makings of great players in the future. It was such an honour for me to be present to see them now and to have the chance perhaps in 5-10 years time to see if any of them rise through the ranks and do become top players. I think ITTF Hopes Week is the future of table tennis, it is a well organised event and brings the focus to the future players in our sport, getting the talent early and giving those players an eye opener.

For me it was seeing the Academy and the approach of the coaches which really impressed me and solidified in my mind that if I want to achieve my goals then I need to set the wheels in motion and finalise my own plans to play in Europe and it has to be done soon. On that note, I was lucky enough to catch Stefan Fegerl, ranked 79 in the world, having a training session with Li Xiaodong.

Another cool opportunity arose while I was at the academy. I ran into a duo rising in reputation on the online media scene. Christian and Joachim from Piing of Power dropped by the academy to film a new video with Werner Schlager. Just quietly he was not the only person they filmed a video with so watch this space ;)
It was nice to meet them both, very creative guys, very down to earth and by the sound of it Piing of Power has a lot more coming in the near future. They also of course made this video for the ITTF below!

After competition concluded I had the chance to visit Vienna City. My players had both performed very well, both making the main draw for the teams and singles. Yang Lun made the quarterfinals in the boys draw which was an exceptional result for New Zealand. It gave me a lot of satisfaction to have these results, after 4 days of training for them both to still have it in them to play hard at the tournament just goes to show that sometimes it's the kids in our sport who demonstrate the highest level of commitment.

Vienna of course was beautiful. I'd love to share all my photos here but I'll just put a few. The architecture was astounding, coming from New Zealand to see a place with many more centuries of culture and history was a fresh experience for me. The buildings were of course the focus of most of my photos there ;) 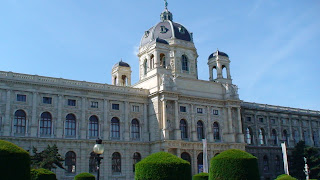 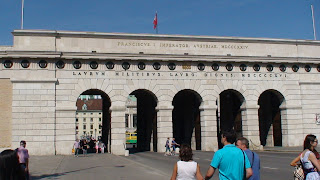 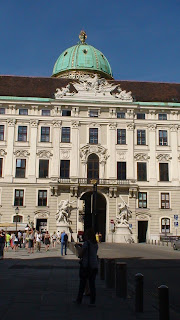 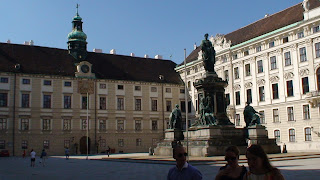 So that basically sums up my trip. Despite being one of the best experiences I have ever had, it is still nice to be home. In saying this, my own aspirations and passion for table tennis have grown yet again and I look forward to taking some time in the coming weeks to make some more decisions about where I want to be with the sport in the coming years. Hope you enjoyed my personal summary of the week!