Was the New Ball More Entertaining?

The ITTF change to the new ball was meant to bring about more exciting rallies and longer points in table tennis. Rather than throw my own opinion in the mix again I want to throw out a small reflection on the men's and women's world cup events and hopefully get some feedback from you guys. 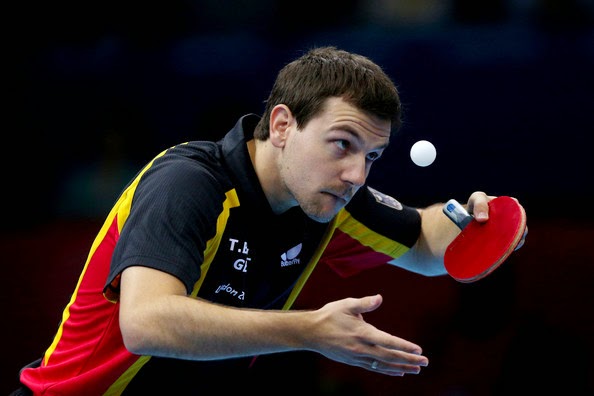 First of all it was said that the slower ball was meant to reduce Chinese dominance by slowing the game down. In both the men's and women's world cups we saw an all Chinese final, so any hopes of a change in ball ending China's reign at the top are a bit lost and to be fair we all know a new ball isn't going to be the saving grace for the rest of the world, so no surprises there.

In saying that we did see Zhang Jike and Li Xiaoxia challenged in the events. Jike dropped 2 sets to the man of the limelight, Quadri Aruna of Nigeria and also went all the way to 7 with Timo Boll. Li Xiaoxia had to battle through a 7 set match with Liu Jia of Austria. So what does that mean? Well for Boll it isn't the first time he has pushed Jike, also it appeared Xiaoxia was having quite a bit of trouble adapting to the new ball, especially after her one sided loss to Ding Ning in the final.

Were the points longer? There were some great points, you can see below the DHS Top 10 video from the Men's World Cup. There were decent rallies in a lot of the matches but also lots of easy errors and some matches which were bordering on disappointing. It is important to focus on the good points as we can expect the errors to be reduced as players get used to the new ball. How did you feel the quality of the rallies stacked up in comparison to World Majors from previous years? Worse, the same or better?

Aside from interesting points there were some intruiging results. Kamal pushed Ovtcharov to 7, Boll decimated Dima in straight games, as did Apolonia to his teammate Marcos Freitas. We saw Georgina Pota and her old school style go down 4-3 against Kasumi Ishikawa in the bronze medal match. Quadri Aruna of course cleared his group stage by defeating Shibaev and Kenta Matsudaira, carrying on to beat Tang Peng in the first round before losing in 6 to Jike. The results were exciting, the matches were just as exciting in terms of their intensity and uncertain nature.

Let's not also forget we were treated to an outstanding men's final a full driven 7 set duel between Ma Long and Zhang Jike, where the Grand Slam Champion asserted his dominance of the past few years to take the crown again. Can't complain about that match! :)

Essentially we saw some less expected players thrive and some fair not so well, this is to be expected. The outlook is uncertain but I think it can only go up from here as the players start to get a handle on the new ball and develop ideas and feeling for it.

Would love to get as much feedback as possible on this one! :)
Posted by MHTableTennis